While overseas on tour with The Urgency this spring, I revisited 15 or so of the larger cities in the UK and Ireland. Regretfully, I can’t say I was reborn. Though I love Manchester, parts of London, Edinburgh and a few other damp and dismal distractions in the region, for the most part the UK is “a bit shit”, to be honest. Culture and cuisine are always interesting, new people are always entertaining, but I promise I that any less-than impressed judgment I make is based on much time and many cities, much socializing and many historical tours and much booze and many moons.

I can however offer credit to the big island and its neighbors in one very overlooked category, the support for live music. Kids climbing from the walls and media outlets covering everything from the mega artists that sell out Wembley Stadium, to the shrimps that happen to impress them, music is widely appreciate and followed (though outdated, most of us Statesiders would argue). Coming from what my peers and I would like to consider one of the more influential (though now completely dead) underground music scenes of recent history and working in the Music Industry for the better part of the last 8 years, I have to admit that I am at best, completely jaded when entering into anything from a music based conversation to a music faced venue. All that being said, for me to be excited about a show takes a lot. 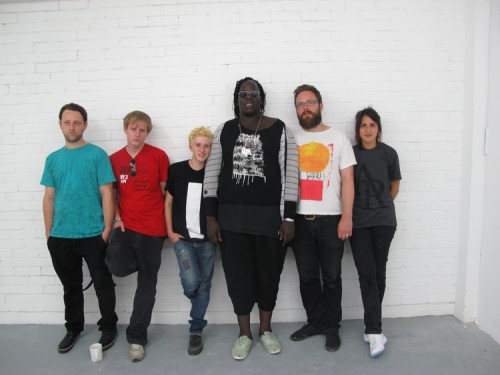 Being on tour with a Welsh band is awesome. They are ball-busting, bowel-blowing descendants of amazingly interesting tribes and a families, most surnamed “Jones”, “Smith” or “Smith”. The Blackout were gracious enough to not only take us on a tour that saw 1,000+ new faces a night, but show us their home and their friends in what became one of my more favorable cities of the United Kingdom, Cardiff, Wales. After a hometown show, The Blackout took us barhopping just around the corner from the University we just played. Forgive me, but I cannot remember the name of the bar we went to. It was lit in red neon signs, very unassuming but very hip and guess what? The show was FREE!!! Real bands played there and real people came to see them. Upon walking into the cramped, crooked and loud venue, I took a non-autonomous turn for the stage, where normally my belly drives me to the bar. Setting aside for a moment what I heard, I looked toward the stage only to set my eyes on the quintessential counter-culture front man. At 6’6” and nearly 300lbs, the 3 piece’s leader was cloaked in a purple wizard’s smock, androgynously dressed in neck and arm accessories, dreadlocks and demanding an intricately delayed guitar solo out of what looked like a miniature telecaster in the hands of a giant African warlord. He was so captivating that I nearly forgot music was being played. 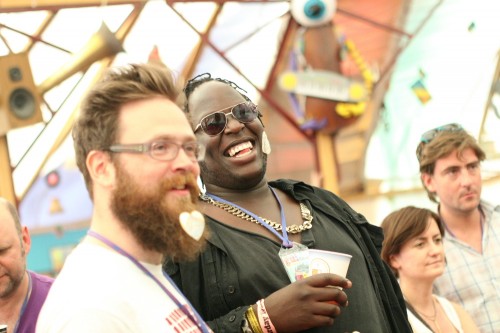 Once I tuned in to sonic stimulation I realized how incredible the actual music was. The other two members (Tom Herbert and Leo Taylor), both skinny, white and disheveled, were in such perfect rhythmic coordination with each other that it afforded Dave Okumu, the lead singer and guitar player, the freedom to completely exaggerate every sound and texture possible. I thought I knew a thing about guitar effects until I saw Dave make a mess.

Digressing from my drawn-out introduction, all these wonderful things lead me to the point of buying their album and sharing my thoughts about it with you.

The Invisible starts their record with s theme that runs through out the entire body of work, texture. Within 16 bars of a minor acoustic introduction, space and ambience somehow creep there way into the song. The opening song, “In Retrograde”, eventually moves into a sound-scape that would be more appropriate in the movie 300, or Gladiator, some world music battle scene, if you will. 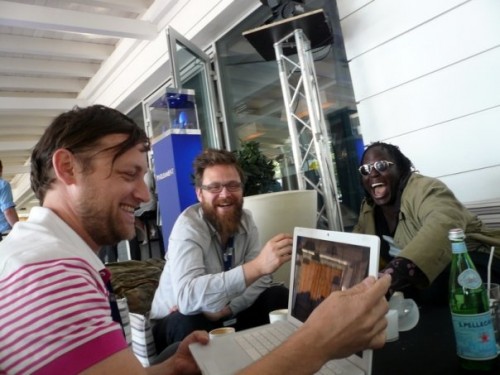 After the less-than-comfy introduction, the band begins to showcase their song writing skills, never predictably. One who has real appreciation for how difficult it is to write a good song would admire how interesting the actual notes were built around such bizarre backing music. The songs move in and out of abstract noises and dissonant notes to a remember-able melody that may be a little dark and disturbing, but in a major key it could pass for a pop song.

I hate comparing bands to bands, but I find what The Invisible so interesting that it almost compliments them. They remind me of the choral guitar-ie feel of Prince, guitar effects of The Edge, the instrumentation of The Talking Heads, rhythm like Block Party, melodies that would make Robert Smith proud and the flavor of something a little more urban like Gnarles Barkley. Everything moves in and out of a very dance feel, while satisfying the core indie properties, innovation and deviation. The brilliance of it to me is that Dave Okumu gives off the vibe that he could have easily gone in and wrote an R&B record with Stevie Wonder, but his true passion was for something a little more interesting.

Some of my favorite tracks on the record include Passion, London Girl, and Monster’s Waltz. However, the track that makes me so glad I found this band is Baby Doll. The song is what I love most about music, the ability to fuse conventional melodies that would make anyone sing along with a Kandinsky, or a Jackson Pollock…something so bizarre that it just makes sense.

This band is not only a great album creator; they are an incredible live group. They’ve been praised by magazines as prestigious as NME in the UK and though I don’t think the US has the palette for them yet (regretfully), I really look forward to getting back over the pond and trying to catch another night with this band. It’s one of those bands that will inspire so many to follow, but maybe never be as recognized as they deserve to be. One of those bands I’ll stay up at night wishing I found them first and picked them up. One of those VERY few bands that I will listen to over and over again, finding new inflections each time I listen, like a good book.

For those visiting from outside sparrowmedia.net this article along with video originally appeared in the reviews section of the Sparrow Media Blog 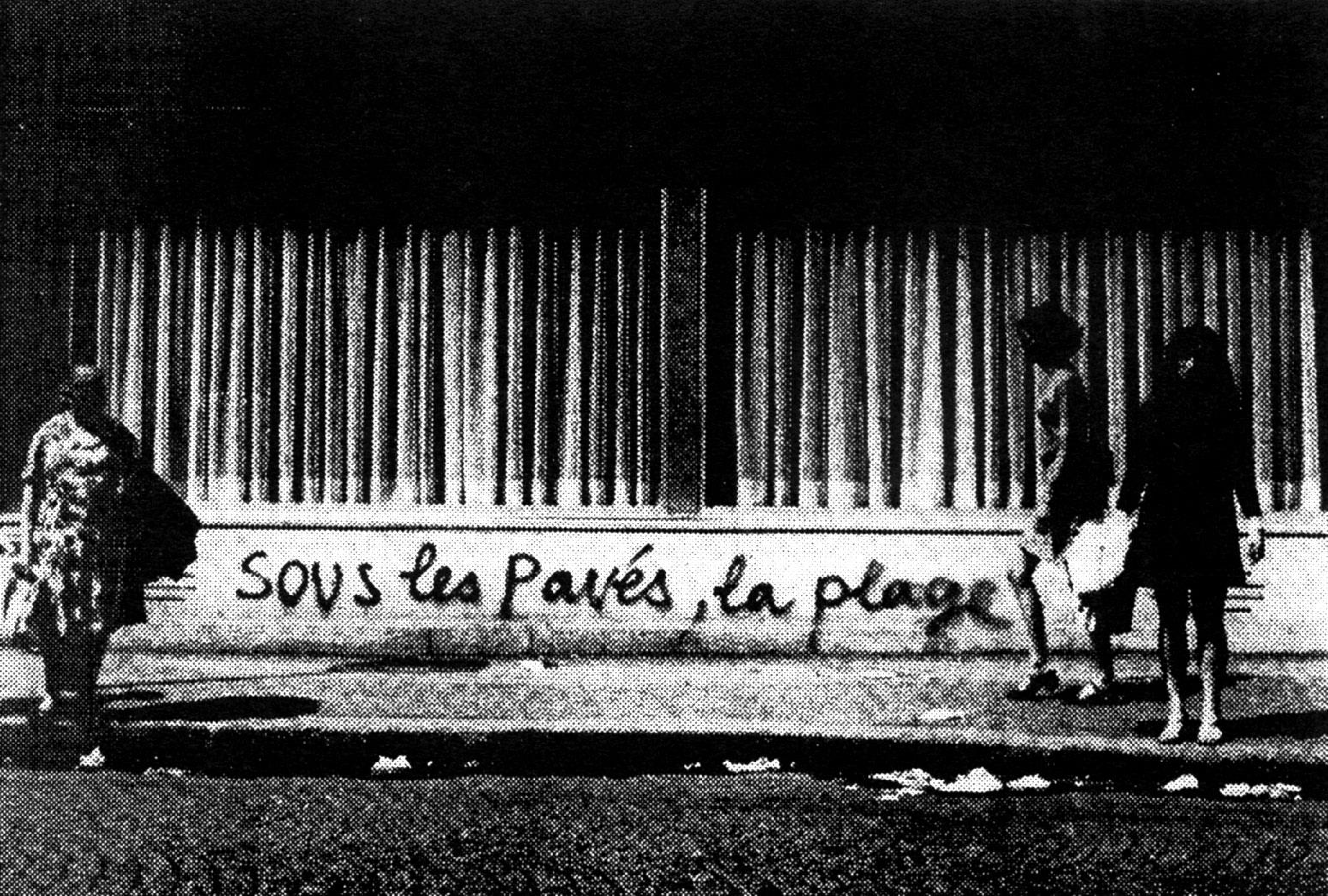