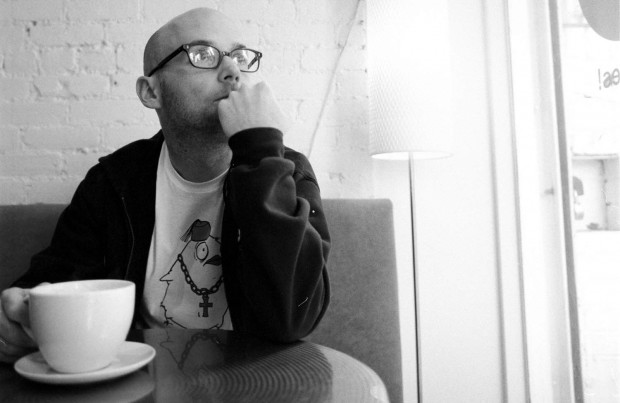 A few weeks ago the sparrow project had the privilege to sit down with multi-platinum recording artist and producer, Moby and Miyun Park, executive director to the Global Animal Partnership to discuss their new book Gristle out now through The New Press. Gristle addresses issues ranging from workers rights to animal welfare to the environmental impacts of animal agriculture. Whether it is John Mackey’s essay on big agriculture’s impacts on the tax payer, or Lauren Bush’s essay on animal agriculture’s impact on climate Gristle makes a powerful case for adopting a vegan diet. Gristle also takes a step outside of the mold set by prior critiques of animal agriculture & factory farming because it has something for everyone. This is further supported by the fact that not all of Gristle‘s contributors are vegans, in fact, Gristle includes a contribution from a pork producer. This may raise questions amidst vegans and make Gristle a subject of debate for some animal activists, but Gristle is not about preaching to the choir it is about bringing a message of animal welfare, environmental sustainability, and health to a large section of americans who need to hear it and may not have otherwise been exposed to it.  Gristle‘s diverse contributions assure that the book will resonate with the widest possible audience. For the billions of animals who are raised and slaughtered on factory farms Gristle spells hope.