As Election Day is upon us, I vacillate between continuing to play my assigned role in the sham of American “democracy” (i.e. voting for someone who will, in the end, cater not to the needs of the people, but to whichever corporation has financed her/his campaign) and casting a non-vote of protest. This year, however, I’m firmly in the camp of voting; with a caveat and a plea. Too often, I’ve encountered the argument and fallen prey to it, myself, that voting for a progressive or radical third party is simply enabling the cause of the right wing. This is why, contrary to my instincts, I, an avowed and proud Socialist, voted for Barack Obama, who has proved himself to be an avowed and proud Wall Streetist. The logic is convincing: If we cast our ballot for the Green Party, one of the Socialist Parties, et al, we will simply take votes from the Democratic candidate, thereby ensuring the victory of the Republican. The first problem I see with this argument is that it presupposes that the Democrat is any better than the Republican. The only discernible difference between the two parties is that the Republicans make no pretense of caring for anyone but the banking class. Both parties perpetuate war; corporate subsidies; taxation favorable to the wealthy; a practiced anti-labor stance and a disregard for civil liberties.

I recall watching Jay Leno, during the 2004 presidential campaign season, as he derided, admonished and belittled Ralph Nader for siphoning votes from John Kerry. I also recall the revulsion and anger I felt at Leno’s condescension and audacity. Then, it occurred to me: the establishment has a fine-tuned apparatus in place to keep a third-party candidate from making a real showing in the polls, let alone actually winning a seat (an interesting exception being Vermont, whose citizenry is wise enough to have elected and reelected the Democratic Socialist, Bernie Sanders). It’s the age-old weapon of assuring conformity: terror. Forward-thinking people are browbeaten into submission for fear of the Republican winning. This is why union members continue to vote for a Democratic Party that has betrayed them, laughing as it cashes the checks culled from the hard-earned wages of working people. In my state, New York, the Democratic candidate, Andrew Cuomo, last week declared in a New York Times interview (read here: http://www.nytimes.com/2010/10/25/nyregion/25cuomo.html?_r=2&hp) , that he would take on the unions; that business has been victimized in my state. Really? The preponderance of Starbucks and not-really-the-mayor Mike Bloomberg’s support of Wal Mart establishing a foothold in my city (in spite of the people’s successful actions to prevent this malignant entity from poisoning our community) suggest otherwise. Still, co-opted parties, such as the ironically named Working People’s Party, which has bowed its head and endorsed Cuomo, and rank-and-file union members have averred their support for this establishment marionette of the ruling class. When I ask them why, the answer is the same: We fear the victory of the Republican candidate. Well, I counter with this: What if every one of us—and make no mistake, we constitute an overwhelming majority, which is the source of capital’s fear. Let’s really frighten them and be unified—voted for a candidate who actually is one of ours; who is a union member; who is not for sale? The answer is that the Democratic Party would cease to be relevant. This is good. This party acts as a means of confusing the working class and poor. Let a party of the people take on the Republicans. 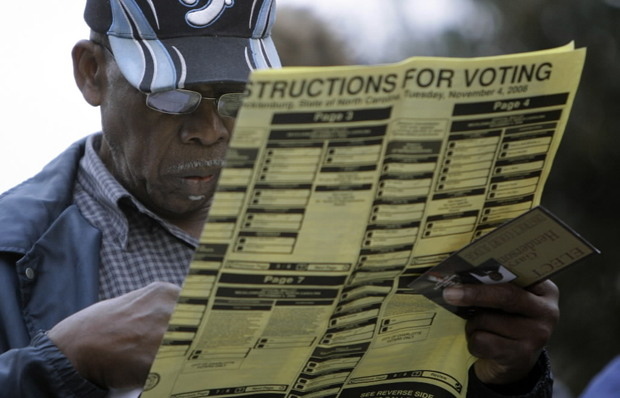 This Tuesday, I petition all forward-thinking people to cast an honest vote; not a lesser-of-two-evils vote. Personally, I’m voting screw-both-of-the-evils, and abjuring both wings of the single capitalist party. If we all did this, we just might find that our so-called “representative government” actually represents us. People, as the great lover of humanity and justice, imprisoned for exercising his right to free speech (read, speaking an uncomfortable truth), Eugene Debs exhorted us, 105 years ago, GET OUT OF THE CAPITALIST PARTIES! Vote in the interests of people, not profit and capital. Peace, love and a knowledge that we will win!

I leave you with the words of that phenomenon, Helen Keller, on the fallacy of American two-party politics: “Our democracy is but a name. We vote? What does that mean? It means that we choose between two bodies of real, though not avowed, autocrats. We choose between Tweedledum and Tweedledee.” Let’s reject capital’s parties, this Tuesday, and cast a vote for life.