Danny Bobis was a fellow activist, a drummer, a husband, a surf coach, a math teacher, and a friend to countless people. Danny went missing almost two weeks ago while surfing in Indonesia and after an almost week-long search his body was discovered by a local fisherman. Our greatest fears were confirmed. 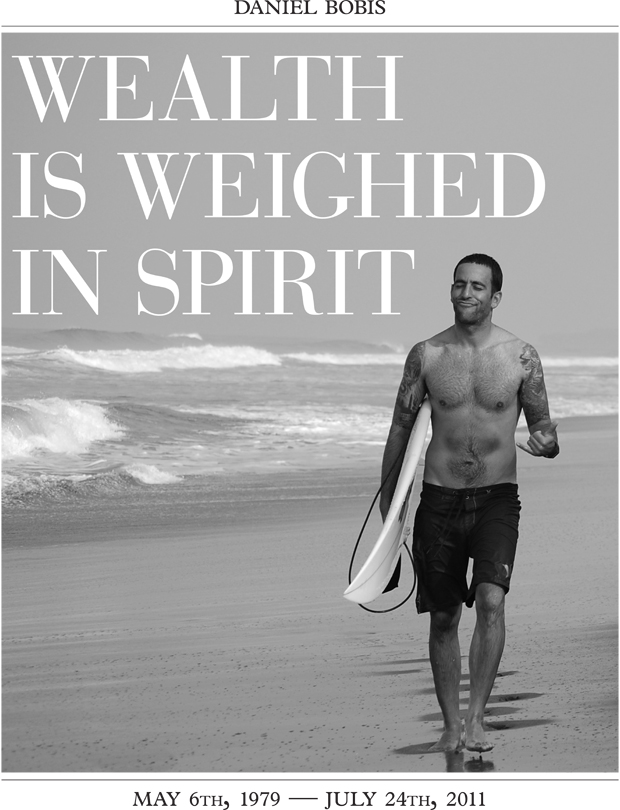 Danny’s right arm was tattooed with the message “Wealth is Weighed in Spirit” — a portion of the chorus from the title track of his band, Cipher’s, second full-length album, Children of God’s Fire. This proclamation was more than just a sing-along or mere tattooed lettering — these were words that Danny lived by and it is a sentiment echoed today in everyone whose life was touched by Danny’s. 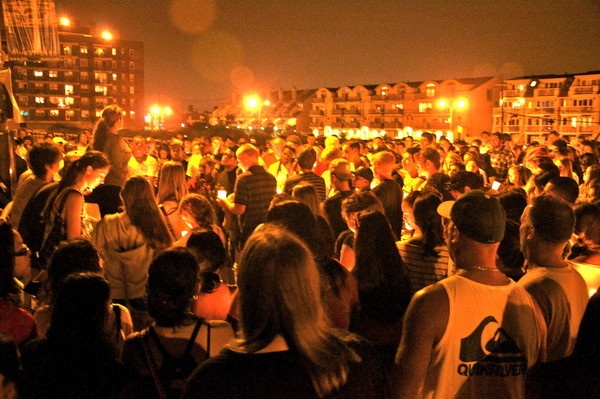 Danny taught math and coached the surf team at Long Beach High School. When word arrived that Danny was gone, hundreds of his students gathered on the boardwalk for an impromptu candle light vigil, they were quickly joined by members of the community, surfers, activists and fans of his band. The gathering was an eye-opening summation of Danny’s spiritual wealth. If the people holding candles that night on the boardwalk made a point to touch only a fraction of the people that Danny did in his short life then tens of thousands of people would have their lives forever impacted.

It is people like Danny who are the game changers that will forever leave an impact on this world. In 2009 Danny helped launch a campaign with Sparrow Media that successfully halted the construction of an offshore Liquid Natural Gas substation slated to be built 13 miles south of Long Beach. In doing so he saved the fragile ecosystem of the Cholera Bank and secured the safety of Long Beach’s waters.  Danny also helped to organize fundraisers for Surf Aide International’s efforts to combat Malaria in South Asia.

For over a decade Danny’s band Cipher was, for many, their first taste of social justice activism, and for some the beginning of a life of charitable activism.  Danny used music as a medium for social change & education, playing benefit shows to fund relief efforts in the wake of hurricane Katrina or through helping to organize 100 Shows For Haiti. Cipher used their music as a means to educate at shows and Danny’s work as a teacher helped him to touch even more people.  Please join us in celebrating Danny’s life tomorrow at Laurelton Beach, NY.

The Bobis family would like to invite everyone reading this to a public memorial tomorrow, 8/7/2011 at 5:30pm at Danny’s hometown surf spot, Laurelton Beach, in Long Beach, NY (CLICK HERE FOR MAP & DIRECTIONS)  The entire community is invited. Join us as we honor a life of purpose and courage.

The memorial will be immediately followed by a paddle out to sea. All are invited to join. We will start promptly. For any questions, contact friendsofdannybobis@gmail.com” 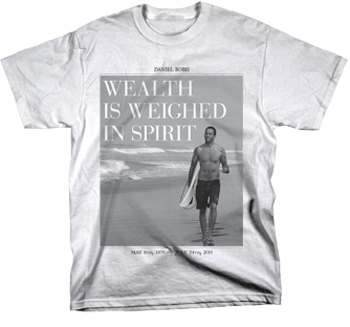 The Sparrow Project has screen printed t-shirts and hand printed a limited run of posters on 12″ x 19″ french paper with the this image dedicated to Danny’s memory. All of the proceeds raised will go directly to Danny’s wife Rachel.

There are many benefits for the Bobis family planned for the near future.  To stay up-to-date about events in your area please check out the following links…

We lost a shining example of a person when Danny passed.  We should strive every day to follow his example and continue to move this world as he would have.  If wealth is weighed in spirit then Danny’s legacy has left us all rich.