[NEW YORK, NY]  Trial began in Manhattan Criminal Court Monday for Occupy Wall Street activist, Cecily McMillan, who faces 2nd degree assault charges stemming from a 2012 encounter with the NYPD that left her beaten and unconscious.  Trial has been postponed until March 3rd due to the introduction of illuminating new evidence.  McMillan was brutally arrested on the evening of March 17, 2012 at an event marking the 6-month anniversary of the group’s occupation of Zuccotti Park. The series of events leading up McMillan’s beating was documented extensively by the press, and began with a plainclothes male NYPD officer forcibly grabbing her right breast. McMillan was 23 years old at the time.

McMillan, over the course of her arrest, sustained a violent beating resulting in bruised ribs, a seizure, and myriad cuts and bruises across her body. McMillan was hospitalized for these injuries.

McMillan was later charged with felony assault of a police officer, Assault 2nd degree, a Class D felony in NY, which carries that sentence of up to 7 years in prison. Prosecutors, upon approaching trial, have indicated that they will ask the judge for a maximum sentence of 7 years. Many activists speculate that McMillan’s work as a political organizer has played a role in the prosecutor’s unwavering position. Others attribute the city’s stance to an unwillingness to admit guilt in the grotesque display of police misconduct on the night of McMillan’s arrest. 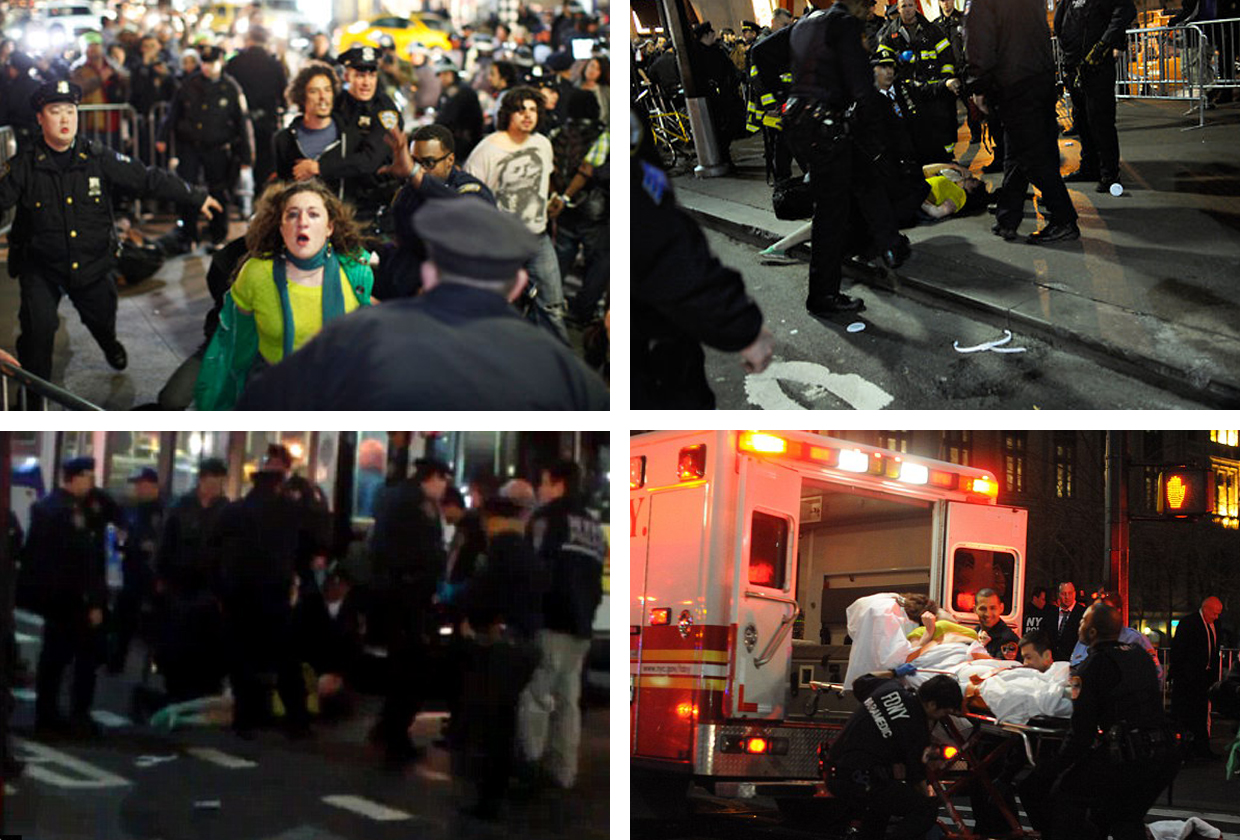 Supporters of McMillian are calling on activists and friends to fill the courtroom to witness each day of the proceeding.
*

Cecily McMillan had her first day in court on Monday, after nearly two years of delays. On March 17, 2012 Cecily was attacked from behind by a police officer, and brutally beaten by several officers on duty at Zuccotti Park. An out-of-uniform police officer grabbed her right breast from behind, and Cecily instinctually raised her arm, making contact with the officer. She was thrown to the ground by the officer and then suffered blows from several other police officers nearby; following the attack, Cecily went into a series of seizures.

The District Attorney is looking to discredit Cecily’s account of the night through questioning the veracity of her medical conditions, in spite of video and eyewitness accounts supporting the seriousness of her injuries. The prosecution is also trying to depict this as an isolated event – not connected to mass-arrests and grotesque police brutality exhibited by the NYPD throughout the night.

Per the testimony of the officer in charge of Cecily’s arrest, the police detail assigned to Zuccotti Park night were informed in advance that the end-goal was to “clear out the park.”

Contrary to the prosecutor’s assertion that there was no context for Cecily’s arrest, there was a obvious goal of violent mass-arrests: 72 others were arrested that night and many more were man-handled by the NYPD.

During a break between some of the pre-trial motions, McMillan’s lawyer Marty Stolar said, “I believe 100% that we will win, because absolutely no crime was committed.”

“The main issue here,” says Martin R. Stolar, McMillan’s attorney, “is the heavy-handed, over-policing by the NYPD during the Occupy Wall Street protests, which lead to crimes where none existed.  It was a normal reaction for a woman to react, to be startled after having her right breast grabbed.”  Rebecca Heinegg will be co-counsel with Stolar at trial.

According to the National Lawyers Guild, McMillan’s case is one of the last court cases stemming from Occupy Wall Street remaining on the docket.  It may also be one of the most consequential.

More information on how to support Cecily McMillan can be found HERE. Journalists who would like to obtain comment from McMillian or her legal team can contact Stan Williams at 256-323-1109 or via email at t4swillia3@gmail.com as well as Lucy Parks at 540-810-5531 or via email at wegrewuptwofast@gmail.com