Washington, DC — Today, Chelsea Manning’s legal defense team released a letter sent to the U.S. Army and the Office of the Pardon Attorney, requesting the commutation of Ms. Manning’s 35 year court-martial sentence to time served and “a first chance to live a real, meaningful life.” The letter discusses the harsh and inhumane conditions Ms. Manning was subjected to in unlawful pretrial solitary confinement for nearly a year.
Specifically, the application highlights the 11 months that Ms. Manning spent in solitary confinement before her trial. The first two months of that confinement was spent in the dark, in a cage inside of a tent, in 105 degree temperatures, in Kuwait. Following her confinement in Kuwait, Ms. Manning spent the next nine months of solitary confinement forced to sit upright, staring straight ahead at the wall, all day, every day.

“After accepting full responsibility for her choices, Ms. Manning was sentenced to the most severe punishment received by any other whistleblower in American history, so excessive that it even exceeds international legal norms,” said attorney Vince Ward, one of the lawyers representing Chelsea in her appeal of her court martial.. “President Obama has the opportunity to right this wrong and commute her sentence to time served and we hope that he’ll give Chelsea a chance to live her life after her courageous act to raise public awareness about the impact of war on innocent civilians.” 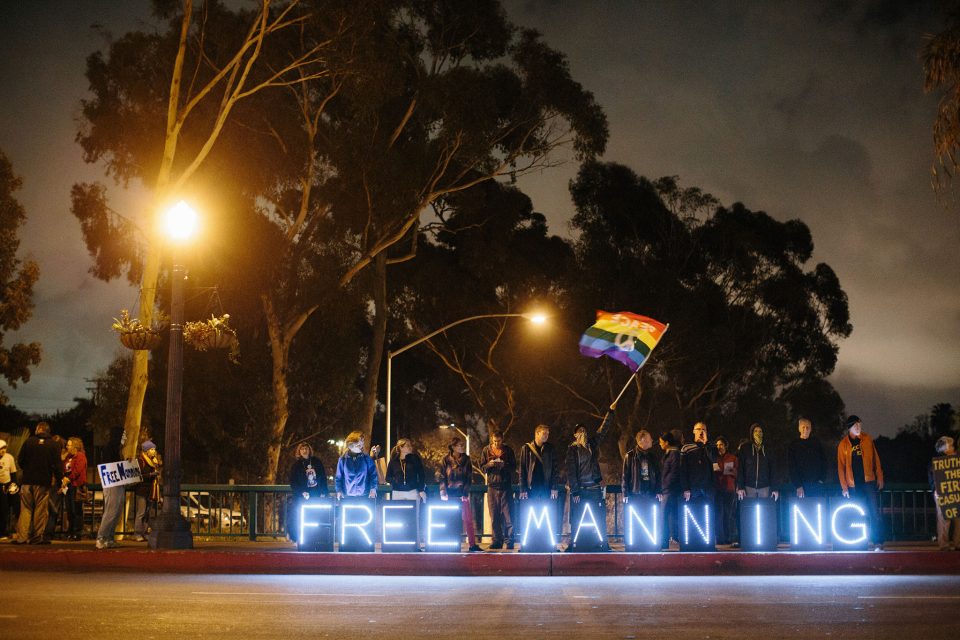 “Chelsea was bullied in the Army because she is transgender and  she has faced ongoing abuses and the denial of health care since her incarceration,” said Chase Strangio, an attorney representing Chelsea Manning in her civil case against the Department of Defense. “For years she served under Don’t Ask, Don’t Tell and then the ban on open transgender service and she has fought to exist as the woman that she is; she deserves to be free and given the health care that she needs, not punished.”

Manning supporters also launched a petition on the WeThePeople platform, calling for President Obama to act now to commute Chelsea’s sentence. Evan Greer, campaign director at Fight for the Future, a digital rights group that has supported Chelsea while in prison, said, “Chelsea Manning has suffered unimaginable abuses at the hands of the U.S. government, all for trying to help people and do the right thing. Unless President Obama acts now to release her, the government’s persecution of Chelsea will go down in history as one of the darkest and most shameful misdeeds of this administration.”

In their amicus brief, the Open Society Justice Initiative argues that the 35-year sentence imposed on Ms. Manning far exceeds international legal norms and should be reduced. Drawing on a survey of law and practice in 30 countries, it notes that Ms. Manning’s sentence is “far higher than the penalties that our closest allies would consider proportionate.” In the U.K, for example, the crimes of which Ms. Manning was found guilty carry a maximum penalty of 2 years in jail.

Chelsea wrote about her time in solitary confinement for The Guardian, in May 2016.