Its not often that everything seems to fall right into place, but Tuesday marked one of those synergistic moments for the Sparrow Project as Andy Stepanian was asked to join Black N’ Blue Productions on East Village Radio to discuss the Occupy Wall Street campaign. Joining Andy was the infamous punk rock lawyer Dave Stein, Cromags frontman John Joseph, and documentarian Clayton Patterson. Cousin Joe, Damian Burnz and Jonathan Buske of Black N’ Blue Productions (who host the show) had a simple demand for their listeners — to pay attention to what is happening right now on Wall Street and to do the right thing as a community and get involved with the occupation actions this Friday at 3pm. 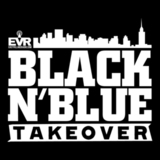 < If you missed the live broadcast you can stream it on EVR at THIS LINK.

NEW YORK HARDCORE AS COMMUNITY & ACTION
Music has always been a powerful media to influence social change. From the gospel music sung by civil rights protestors to the anti-war protest folk songs of the 1960’s, music has always been at the heart of movements banging the drum to march forward. NYC’s hardcore punk scene has for quite some time been a swelling organized force of angst and solidarity, but not an overtly political force, until Tuesday when Bn’B dedicated their broadcast to the importance of the protest actions on Wall Street, demanding that the scene step up to the plate and fight for the rights of the 99% of americans carrying the burden of Wall Street’s assault on our democracy.

JOIN US AT 3PM FRIDAY AT LIBERTY & BROADWAY! (DIRECTIONS)

At 3pm on Friday join John Joseph of the Cromags, Damian Burnz of Scarhead, Vinnie Stigma of Agnostic Front, Clayton Patterson, Cousin Joe, Jonathan Buske, and Andy Stepanian as they rally a NYHC contingent in support of the Occupation. The group will be joining Michael Moore, Lupe Fiasco and the amazing activists who have already set up camp at Liberty Square and dedicated themselves to an occupation encampment modeled after the historic encampment at Tahir Square in Egypt.

This protest movement is ongoing and we encourage everyone reading this to spend some time down at the square. This is just an open invitation to join some of NYHC’s most celebrated figures for a few hours of protest. The Sparrow Project will also be filming the days events and posting them online at https://sparrowmedia.net so please check back in the next few days. For those who live to far away to participate we encourage you to visit http://occupywallst.org and learn about how you can start your own solidarity actions where you live.