“The new Guantanamo” is what New York Times – Washington Bureau Chief, Scott Shane, calls “an archipelago of federal prisons that stretches across the country, hidden away on back roads.”  From the ADX Florence, CO, to the “Communication Management Units,” facilities in Marion, IL, and Terre Haute, ID, to the “ADMAX Unit” at FMC Carswell, TX, (although the FBOP denies is a female CMU), all are political prison programs with glaring racial and ethnic disparity, and have an un-ignorable demographic of inmates who have politically charged cases. 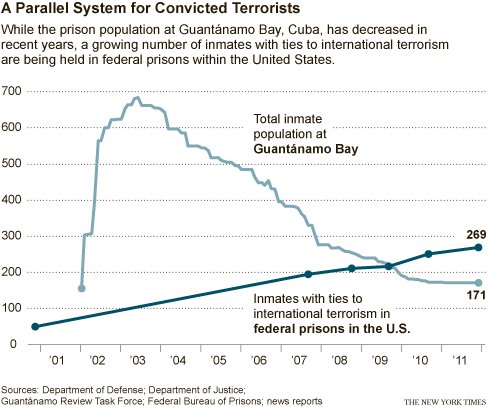 The United States prides itself as a country that has no political prisoners.  Perhaps the inception of camp X-Ray at Guantanamo was an attempt to semantically side-step that argument.  The US, however, can no longer avoid that argument since it instituted the CMU programs within the US federal prison system.  In an effort to “manage communications” of men and women perceived as “terrorists” the CMUs and the ADMAX Unit at FMC Carswell, TX effectively strip its wards of their voices, by denying them access to the press, by vetting their correspondence, by denying or severely limiting access to phone calls, and by putting an end to contact visitation with their families.    Each case designated to these programs deserves a voice, deserves renewed access to due process, and privileged communications with their legal counsel.  Sparrow will continue to press for transparency and to hold those who have bypassed dude process rights accountable.

The Art of Insurrection: An #OWS Creative Roundup